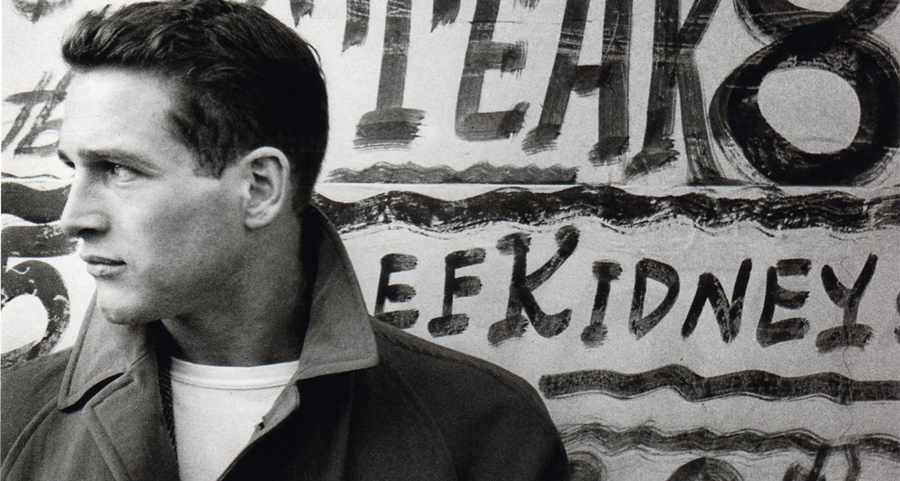 This was Paul Newman Marathon weekend on Turner Classic Movies Channel – twenty four hours of sparkling blue eyes and rebellious anti-hero types.  I was present for much of it, though I did miss The Rack, a 1956 offering that showed at 6:00 a.m. while I was pushing serious zzzz’s.  I remember the general plot of that movie, but if I saw it at all, it was 50 years ago.  Maybe I’ll catch it some other time.

I did see some favorites, Cat on a Hot Tin Roof, Somebody Up There Likes Me, and The Sting. Another favorite, Absence of Malice, didn’t make the line up and Cool Hand Luke falls in the category of excellent movies I don’t need to see again (see previous post).

Despite a splendid body of work, it was years before Paul Newman received an Academy Award as a leading actor in a role.  After he was nominated 9 times and went home empty-handed, the Academy was embarrassed into giving him an honorary Oscar for “Lifetime Achievement.” This was in 1985, about twenty years before his lifetime ended.  Many more credits had been added to his resume by then.  By the way, when he did finally win an Oscar for The Color of Money, he wasn’t present at the ceremony.

Why did he go so long without winning? Who knows. When Newman was nominated for Hud, Sidney Poitier won for Lilies of the Field. Instead of Newman winning for Cool Hand Luke,  Rod Steiger took home the Oscar for In the Heat of the Night.  He did some of his finest work in The Verdict, but lost to Ben Kingsley in Gandhi.

Paul Newman was a great actor and generous man, known in his later life for his philanthropic efforts.