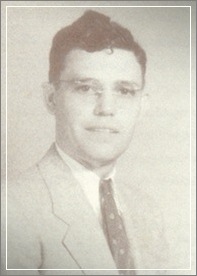 My dad, Richard Monroe Alderson,  had a good blend of genes he inherited from the Alderson/Nelms and the Miller/Hamilton lines. Strength of character, sense of humor, quest for knowledge, high motivation and self-confidence were in his make-up.

There was direction and purpose in Monroe’s life, which was fueled and influenced by his love for God and the church. He served in many capacities within the United Methodist Church in Texas and Arkansas. His vision contributed to the planting of two new churches in north Texas.  After retiring to Arkansas he was instrumental in developing the Lay Speaker program in north Arkansas. He organized Sunday School classes, prayer groups and Methodist Men. He sang in the choir as long as he was able. He marked his music with the shaped notes he had been taught when he was a youth first learning to sight-read.

A favorite childhood memory is of our family of six singing together as rode in the car. We were a very musical family and our parents used these times to teach us to sing harmony. Daddy assigned each person a part while he sang the melody. He would give the pitch with “do-mi-sol-do” until each one had the starting note. If anyone floundered on his/her part, Dad would come to the rescue, singing alto or tenor for a few bars, helping the wayward singer back on key, and return to the melody without ever missing a beat.

And he could whistle, loud and true.  He didn’t whistle a tune, he whistled arrangements.

When I was a child, I always felt safe with Dad, like he could handle anything. As an adult, I found him wise. As a person, he was fun to be around, full of good humor.  And he was a man widely respected because of his honesty and integrity and good common sense.

On this Father’s Day I give honor to my Dad, Monroe Alderson. I am grateful for the Christian home he and my mother established for us.

«« For all the kids who tried to tell

The Hatfields and McCoys »»