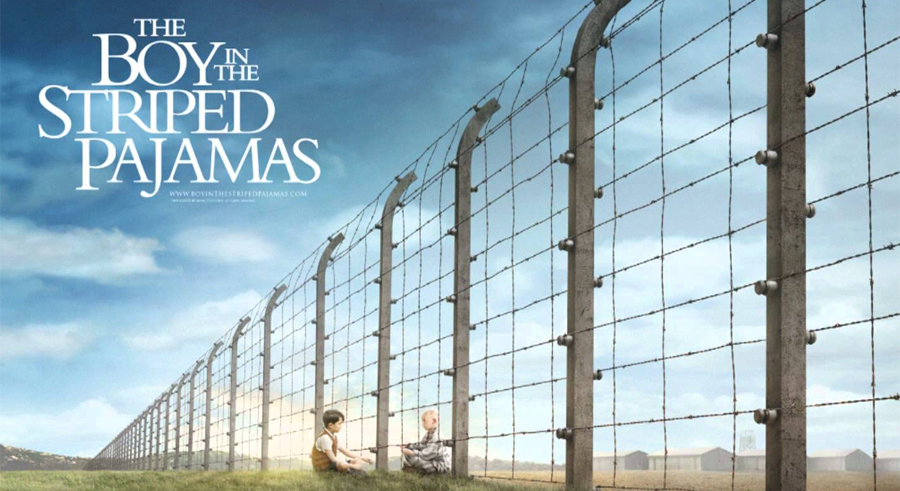 There is no blurb on the back cover of this book to indicate what the plot is about. The inside flap says:

“The story of The Boy in the Striped Pyjamas is very difficult to describe. Usually we give some clues about the book on the back cover, but in this case we think it would spoil the reading of the book. We think it is important that you start to read without knowing what it is about.”

John Boyne, who wrote this book in 2006, was right. It is probably impossible — or at least difficult — for this to happen now, since some of the reviews I have seen contain a spoiler. But just in case, I’ll not joint them in that.  I think this book would have held me even more spellbound if I had not known the gist of the story before I read it.

The story is seen through the eyes of a naive 9-year-old boy. (Though this isn’t a book for 9-year-0lds.)  The point of view is excellent and the voice is great. Though the narrative is in third person, Boyne stays exclusively with Bruno’s (the boy’s) point of view. The reader sees and knows only what Bruno sees. Sometimes, because we’re older and have a certain knowledge of history and human behavior, the reader understands what’s happening before Bruno does.  And then we want to say “Awww,” with a sigh because, bless his heart, he is just so innocent.

There is a movie, made in  2008, with lesser-known (to me, at least) actors. The Americanized spelling of “Pajamas” is used. I haven’t seen it, but probably will.  The Boy in the Striped Pyjamas is a unique tale. I have never seen anything like it described in the “Seven (or Twenty or Fifty) Most Used Plots.” I highly recommend this book for the discriminating reader and writer.

John Boyne is a successful writer living in Dublin, Ireland. You can learn more about him and his work at www.johnboyne.com.

«« Fifteen Authors I Have Read and will again