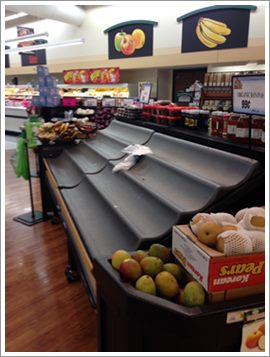 Assessing blame is one of the best things we do nowadays. Usually it’s pretty easy: it’s the fault of either the Democrats or Republicans, depending on your point of view. Okay, I’m being facetious.

This winter, each time there has been a snow fall or cold front the media has evaluated the jobs the DOT and Entergy are doing to keep us warm, comfortable, and able to move through the sleet-covered streets while ignoring the requests – nay, the pleas – to stay inside.

Of course some people have to get out and go to work. Our lives depend on the ones who staff the fire stations, police departments, utility companies and hospitals. Many others don’t have the benefit of “snow days.” If they don’t go to work, they don’t get paid. Still others work because even in bad weather we want our newspaper, mail, internet, cable and cell phone. And if any of these fail, someone better be answering at Customer Service!

In one of the more recent incidents, the snow/ice was even heavier than then TV meteorologists predicted. The accumulated ice broke tree limbs, which took down power lines and left many without heat in their homes. TV announcers were ecstatic, city crews hurried to sand the streets, tow trucks dealt with abandoned cars, and tree services rushed to clear the limbs while utility workers restored power as quickly as possible.

As a television commentator expounded about the unpredictable weather (yet again) and the “slow response” customers were complaining about, he asked the official he was interviewing, “Who’s to blame for this?” The man said, “Um – God?”

Last weekend as we awaited a massive snow storm (that never appeared) I made a trip to the grocery store. I deny that I am panicked by the word “snow.” I really needed to go. I was out of dog food.

Of course, while I was there I decided to pick up a few other things. Imagine my consternation when I saw they were out of Mountain Dew! The were also out of bananas! I know neither of these are life-sustaining, but still.

As I checked out I noticed the man in front of me had only two items in his cart. Pepto Bismol and toilet paper. I don’t even want to think about what’s going on at his house.

Thanks to Sandy Roe for the picture.

«« Should I Trust Them With my Brain?