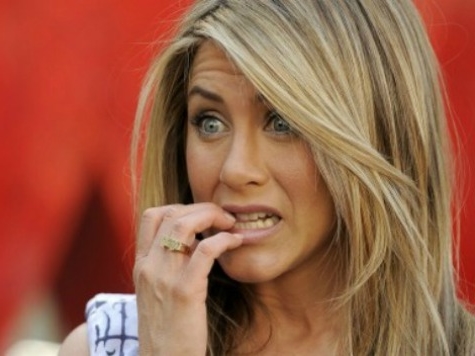 I have a ‘nest’ in my house where I read, write, knit and watch TV. When I read or hear something funny or noteworthy, I jot it down in a small notebook — for use later.

Just this week, I read on Yahoo News: “Jennifer Aniston speaks candidly about pressures to marry and have babies on the Today Show.”

Well, I should think Jen would be reluctant to marry on the Today Show, never mind having a baby!

I know what the writer meant. But that’s not what was said.

People often make humorous malapropisms out of old familiar sayings (thus providing me with fodder for posts like this).

“That scared me out of my living daylights.”

And of course, Casey Stengel gave us many good lines/laughs. “They tell me it can’t be done but sometimes it doesn’t always work.”

When I pointed out a movie goof to my #2 son, Phillip, he said, “Now you’re pulling hairs.” (Perhaps he meant splitting?)

Okay, that’s it for now. As Jane Lynch says at the end of Hollywood Game Night:

P.S. New look on the blog today. Thanks to my editor, blog host, #1 son, Steve May.  AldersonPress.com