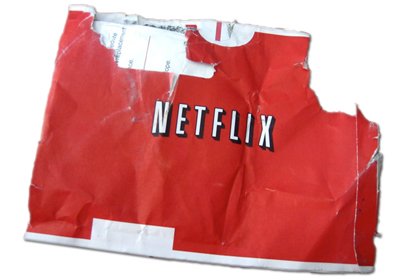 Nothing is more frustrating than things that don’t work.

Or when pop tops break off before the can is fully open.

We are much more prone to complain when things don’t fulfill their promise than we are to rejoice when they do. So let me take the happy road and tell you about something that worked for me.

The Martian became stuck in my DVD player.

I ordered the movie from Netflix last month and it arrived on one of those four straight days of rain we had. When it rains for more than 30 minutes at my house, I can’t reach my mailbox. (The drains don’t work.)

When the water receded enough for me to recover my mail I noticed the door of my country-style mailbox was open and everything inside was wet. The letter-carrier (bless his/her heart) probably had a difficult time getting the little truck near enough to deposit the envelopes at all. I’m betting that the latch on the mailbox door didn’t work and it blew open later.

When I sat down to watch the movie a few days later, it would not play and would not eject, even when I got up out of my chair and pushed the eject button. The machine also wouldn’t turn off.

I replaced the batteries in the remote control. This time the drawer opened. I used the remote to cruise around the Netflix offerings. Assured that everything was now working, I inserted The Martian again.

I found the book that came with the DVD player 4-5 years ago. (All the paperwork for every device I have ever purchased or received as a gift is in a kitchen drawer.) Sure enough, under “Troubleshooting – Other” I found directions on how to deal with this particular problem. After retrieving the movie I inserted another disc (not The Martian) and opened and closed the drawer several times. Ahhhh. Success.

Don’t you just love it, isn’t it wonderful when things work?

P.S.  I returned The Martian to Netflix. Does Matt Damon ever get back home?

«« Happy Mothers’ Day to the Newbies