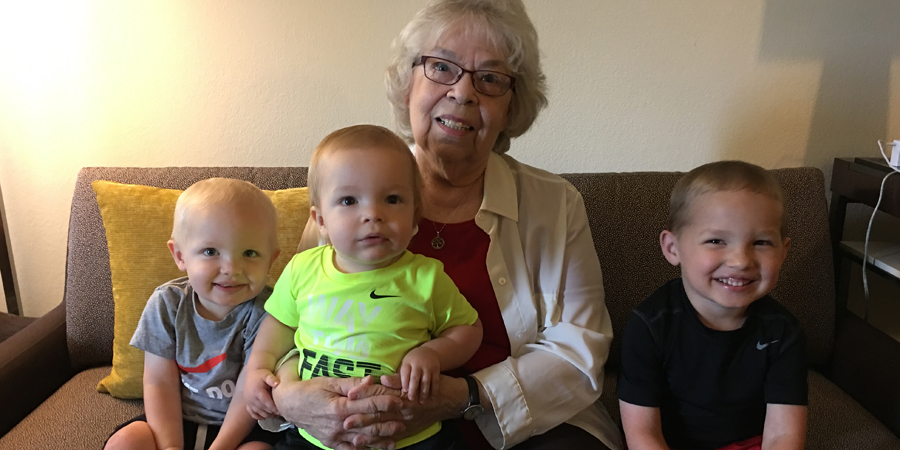 In my formative years, summer officially lasted from Memorial Day to Labor Day. So I began the season on May 30 by fasting and visiting my doctor’s office so a nurse could draw blood.

In June, I took a trip to Branson, July was spent in rehearsals, 3 previews and 7 performances of “The Secret Garden” at Center on the Square theater in Searcy. Summer ended Labor Day weekend at the annual White County Creative Writers Conference.

The trip to Branson was to meet up with some of my kids, grandkids, and great-grands who were spending time there. I know this is an obvious statement, but great-grandchildren are such a joy. In them I see hope for the future because they are so brilliant.

My three treasures are Noah, 4 years old, Caleb, 2, and Quade, 14 months. Since our rooms were on the second floor, Noah and Caleb took turns (sort of) pushing the “door open” button in the elevator until we could all load on . . . which sometimes took a minute or two. They did pretty well sharing this responsibility, though sometimes Noah felt compelled to “help” his little brother, even when Caleb clearly did not want any assistance.

Three days sped by quickly and too soon it was time to leave. The older boys and their parents left first, having the longest trip home. We waved goodbye from the parking lot and rang for the elevator. Back to our rooms to finish packing.

We entered the lift, little Quade’s mother holding him on her arm. Suddenly his eyes lit up. Finally, it was his turn to push the button! Except that … the only button he could reach was the one with the exclamation point on it.

Well, he tried, but he wasn’t able to push it in far enough to make a connection. But the dance performed by all the adults present must have been a sight to behold.

I wonder if there is a security camera in that elevator.